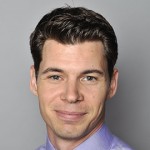 You can share this debate in three different ways:

Test Topic: Should we call it football or soccer?

Back to the action!